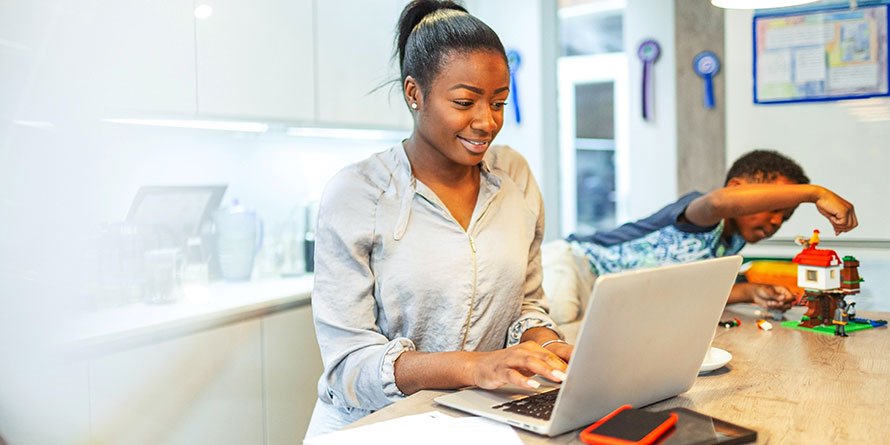 The Covid-19 outbreak has disrupted lives of citizens and businesses with activities moving online in adherence to stringement measures imposes by the State to curb spread of the virus.

For many Kenyans, a typical day now revolves around reading news on Twitter, buying groceries from Jumia, setting up education portal for children out of schools and linking up with workmates on Zoom video chat.

As the physical world is being decimated, the digital world is thriving, breathing life to technologies initially regarded casually.

A look at the Kenyan trend on the Google app store shows the latest top downloads include a mix of productivity, e-commerce and entertainment with apps like WhatsApp, Facebook, Zoom, Jumia, Viusasa, TikTok, houseparty, Instagram and Snapchat.

“Working from home has meant that my Skype account is no longer for catching up with friends, but a tool to get office work done,” said Ms Damaris Kimani who works as an administrative secretary for a Kenyan start-up.

She said meetings occasionally move to Zoom, Google Hangout or WebEx depending who is on the other end and for convenience purposes.

Google Hangout is a preferred video conferencing tool because it is free and its quality is reliable, she said.

Data from Google shows the daily usage of its enterprise video conferencing tool Hangouts Meet has soared following the coronavirus pandemic as workers look for ways of staying productive from home.

“Despite this growth the demand has been well within the bounds of our network’s ability,” said Google Cloud chief Thomas Kurian in a blog post after daily usage went up 25 times higher than it was in January.

In weeks after the coronavirus outbreak, Zoom has seen its stock skyrocket as investors bet that more people would use video conferencing tools.

As millions throng social media to keep in touch with friends, family and colleagues, the platforms are reporting a strain on their systems.

Data from internet and entertainment services gives clear indication of a country pushed online in the recent past.

Calls and messaging services on Instagram and Facebook have spiked by over 50 percent in Kenya and many countries across the globe.

In the days of dial up modems, when smartphones didn’t exist, or if they did, were owned by just a few individuals, often one device in the home could be on the internet at a time.

Modems come in varied speed connectivity ranging from 2G to 4G and help create a Wi-Fi hotspot for users of personal computers.

While there are universal modems in stores that are compatible to any line, the most common ones in the local market are from Safaricom, Airtel and Orange.

Their usage and demand has gone up in the recent weeks as more Kenyans opt to work from home and access education material online for their children.

“I had to remind myself how to use the modem after months of neglecting it now that my employer directed that I work from home,” said Mr Greg Ochieng, a Nairobi resident.

A portable 4G MiFi from Safaricom, Airtel or Telkom retails at around Sh8,000 on Jumia while a modem goes for about Sh2,000.

As working from home becomes the new normal, smartphones are becoming the window to the world.

For those without modems, mobile hotspots and tethering are becoming the in-thing in order to stay online.

Mobile hotspots and tethering are ways one can use their data as wireless internet service. Basically one connects their computer, tablet or any other device to the phone’s internet.

As online activities increase there is a surge in internet usage. This is giving Internet Service Providers (ISP) the headache keeping users happy with fast speeds.

ISPs are throttling bandwidths and certain services to accommodate the demand.

But as the digital world thrives and getting the work done tops users priority list, cybercriminals are working overtime to make a kill.

Microsoft Chief Security adviser for Europe, Middle East and Africa (EMEA) Cyril Voisin noted that cybercriminals are opportunistic and will use topical issues as click baits to steal money or information from users.

Aside from ransomware, other threats that cybercriminals are using include phishing through emails and messaging applications.

The CEO fraud has also been on the rise. It basically entails someone pretending to be the boss of an organisation. The cybercriminals send email through a personal account directing the finance manager to wire some cash and that they will explain later because it is urgently needed.

They can also use anti-phishing technologies such as file/attachment and link inspection as well as protecting their identity with multifactorial authentication.