Vaccine Inequity Could See Africans Shut Out Of Unrestricted Travel 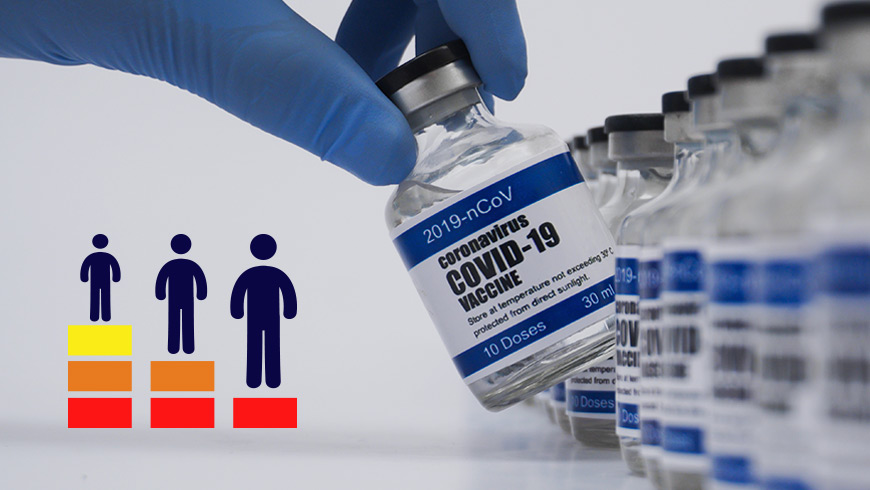 As the world starts to open up, a number of nations are actively contemplating allowing free travel to those who have received both shots of the vaccine. While that’s great for people in countries where the rollout has been a success, the inequality in the distribution of vaccine doses could leave some citizens shut out of such policies – most notably, Africans.

Less than 2% of Africa is fully vaccinated

The vaccination drive across the world has been celebrated as a huge success. In North America and Europe, around a third of the population is classed as fully vaccinated, having had both shots of a two-jab vaccine, or one of a single shot solution. But the situation elsewhere is not such a success.

Across the entire world, the fully vaccinated rate is less than 13%, with the average dragged down by lower rates in Asia and Oceania. However, the region with the very lowest rate is the continent of Africa, a region that is suffering from a lack of supply, despite efforts by airlines and governments alike to get doses where they’re needed.

“A lot of African countries have managed to contain the pandemic pretty well for the last almost year and a half now, including Rwanda where we operate from. But unfortunately, given the issue of vaccine inequity, a lot of African countries have not been able to get the number of vaccines that they have booked, including Rwanda. So we are seeing a situation where in the entire African continent, less than 2% of the population is vaccinated, which is very worrying.”

Statistics from Our World In Data show that, to July 13th, 2.9% of Africa’s population had received at least one dose of the vaccine. Fully vaccinated (double jabbed) sits at less than 1.4%.

Even though rates across Africa are generally very low, there is still some significant variation in the rates between countries. Some of the lowest rates, such as in the DRC, Chad, Burkina Faso, and South Sudan, less than 0.5% of the population have received a single vaccine dose.

Tedros Adhanom Ghebreyesus, director-general of the World Health Organization (WHO), has spoken out recently about the vaccine inequity issue. He has branded the inequity a “catastrophic moral failure” that has led to a “two-track pandemic,” even going so far as to call it “vaccine apartheid.”

Citizens could be shut out with current travel policies

As the world looks to reopen for travel, some governments are eyeing policies that would see fully vaccinated travelers moving around freely. Those without the full quota of doses would be restricted in where they could go, and could face expensive quarantine and testing regimens if they are allowed to travel at all.

Speaking on behalf of aviation in Africa, Makolo was concerned that Africa citizens could face being shut out of international travel through no fault of their own. She said,

“This gives us a lot of concern in the aviation industry in terms of the full restart of the industry. A lot of the developed world, in the US and Europe and in other areas, have achieved much higher levels of vaccination and we are also hearing a lot of calls for requests to allow travel for people who are vaccinated. This is a concern for us, because if you have almost the entire African continent unvaccinated, how are people going to travel?”

The Rwandair CEO believes that restricting travel to the fully vaccinated only would be unfair to the citizens of Africa who have not had the opportunity to take the jab. For a continent that did a sterling job of containing the virus, with only 4.5 million total confirmed cases compared to 66 million-plus in North and South America as well as Europe, it seems a cruel and unusual punishment for their efforts to date.

Testing is the only way forward

For the African aviation industry, which has typically struggled with profitability anyway, getting back to a solid restart is vital for their survival. Makolo believes that the only way to restart travel fairly in the face of vaccine inequity is to afford the same travel privileges to those presenting with a negative COVID test result as to those who have had the benefit of the vaccine.

“From our side, we really want to see a situation where we still allow people to travel wherever they need to travel, as long as they have a negative COVID test. And the ones who are vaccinated can be allowed to travel freely. We have to allow for both.”

Rwandair is the first airline in Africa to begin trialing the IATA Travel Pass as a means of proving vaccination and test result status. The airline is also in talks with Common Pass and with the African Union to test out their offers of digital health certificates. Ultimately, it will choose the one that best suits its needs.

With digital passes possessing the ability to eliminate fraudulent test results, airlines in African can only hope these hold the key to unlocking international travel sooner rather than later.